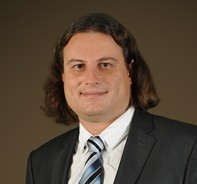 Preslav Nakov is a co-author of a book on Semantic Relations between Nominals, two books on computer algorithms, and over 100 research papers, including over 40 in top-tier conferences and journals.

He received the Young Researcher Award at the Recent Advances in Natural Language Processing Conference 2011 (RANLP’2011) and was the first to receive the Bulgarian President’s John Atanasoff award. His research in machine translation won competitions in the Seventh and the Ninth Workshop on Statistical Machine Translation (WMT’12 and WMT’14), as well as in the 10th International Workshop on Spoken Language Translation (IWSLT’13).

Preslav Nakov is an Associate Editor of the AI Communications journal and an elected member of the ACL SIGLEX board (since 2013). He served on the programme committees of the major conferences and workshops in computational linguistics, including as a co-chair of SemEval 2014-2016, and as an area chair of *SEM’13 and EMNLP’16.

The practice of using opinion manipulation trolls has been reality since the rise of Internet and community forums. It has been shown that user opinions about products, companies and politics can be influenced by posts by other users in online forums and social networks. This makes it easy for companies and political parties to gain popularity by paying for “reputation management” to people or companies that write in discussion forums and social networks fake opinions from fake profiles.

During the 2013-2014 Bulgarian protests against the Oresharski cabinet, social networks and news community forums became the main “battle grounds” between supporters and opponents of the government. In that period, there was a very notable presence and activity of government supporters in Web forums. In series of leaked documents in the independent Bulgarian media Bivol, it was alleged that the ruling Socialist party was paying Internet trolls with EU Parliament money. Allegedly, these trolls were hired by a PR agency and were given specific instructions what to write.

A natural question is whether such trolls can be found and exposed automatically. This is a very hard task, as there is no enough data to train a classifier; yet, it is possible to obtain some test data, as these trolls are sometimes caught and widely exposed (e.g., by Bivol). Yet, one still needs training data. We solve the problem by assuming that a user who is called a troll by several different people is likely to be one, and one who has never been called a troll is unlikely to be such. We compare the profiles of (i) paid trolls vs. (ii) “mentioned” trolls vs. (iii) non-trolls, and we further show that a classifier trained to distinguish (ii) from (iii) does quite well also at telling apart (i) from (iii).